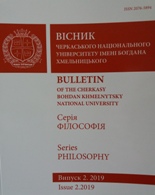 The publication of the well-known Austrian psychotherapist, doctor of medicine and philosophy Alfrid Längle’s book "Fulfilled Existence" (Kharkiv, 2019) is a long-awaited event in the philosophical and psychological intellectual environment of Ukraine which not only most fully represents the theoretical and practical achievements of modern existential analysis – one of the leading areas of psychotherapy but also contains significant heuristic potential for the development of philosophical studies, indicates perspective of their integration with psychology. Langley's existential analisistogether with Frankl's logotherapy was constituted within the Third Vienna School and emerges today a powerful alternative to the psychological concepts and theories of personality that belong to the so-called psychodynamic paradigm, in which man is the unity of the physical and the psychic. In contrast to these concepts, logotherapy and existential analisis expose the person in three interrelated dimensions: somatic, psychic and spiritual. This approach was made possible through critical rethinking of the dominant in the psychology of the nineteenth and twentieth centuries naturalistic understanding of the structure, character and hierarchy of basic motivations of man and the isolation of its own existential component – the will to meaning. Through the lens of this concept, the author of the book examines the current problems of psychotherapy theory and practice and he lays the basis of his system for the phenomenologically interpreted idea of dialogue.